The relationship of LED lighting design and CCT &CRI


Philips recently wrote an article about Correlated Color Temperature (CCT) and Color Rendering Index (CRI), the characteristics of these two light parameters , which in fact is a great help to lighting designers. 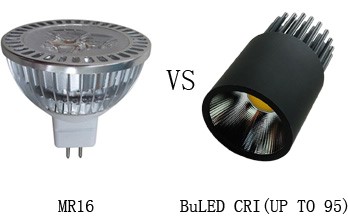 LED lighting has evolved from a viable technology to a mass-produced technology in recent years. As this evolution continues, LED technology has moved on. Designing with LEDs is not as straightforward as it used to be with conventional technologies. For lighting designers to fully using the possibilities of LED lighting offers, they must change the way they think about lighting and develop a new understanding of the relationship between commonly used light parameters, like CCT and CRI.

Introduction of CCT and CRI

In order to create desired lighting effects, lighting designers need to be familiar with the different characteristics that express the color of white light. Correlated Color Temperature (CCT) is used to indicate the color appearance (or tint) of white light. However, CCT alone does not fully define white appearance since two light sources with the same CCT value can have very different visual appearances. That’s because the exact position of the chromaticity coordinates also contributes to the perception of whiteness.

Color Rendering Index (CRI) is a fidelity index that indicates how close the colors of objects appear when illuminated by a test source in comparison to a reference illuminant. CRI 100 is the maximum value, meaning that the light is as close as possible to the reference light source. Lower CRI values indicate that some colors may appear different when compared to the reference light. 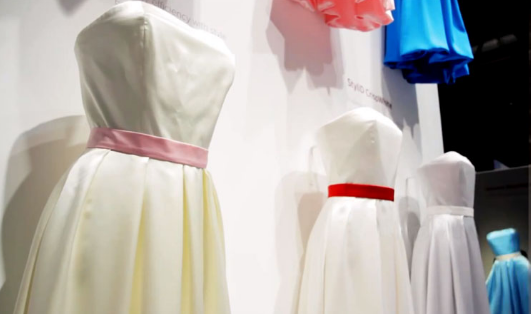 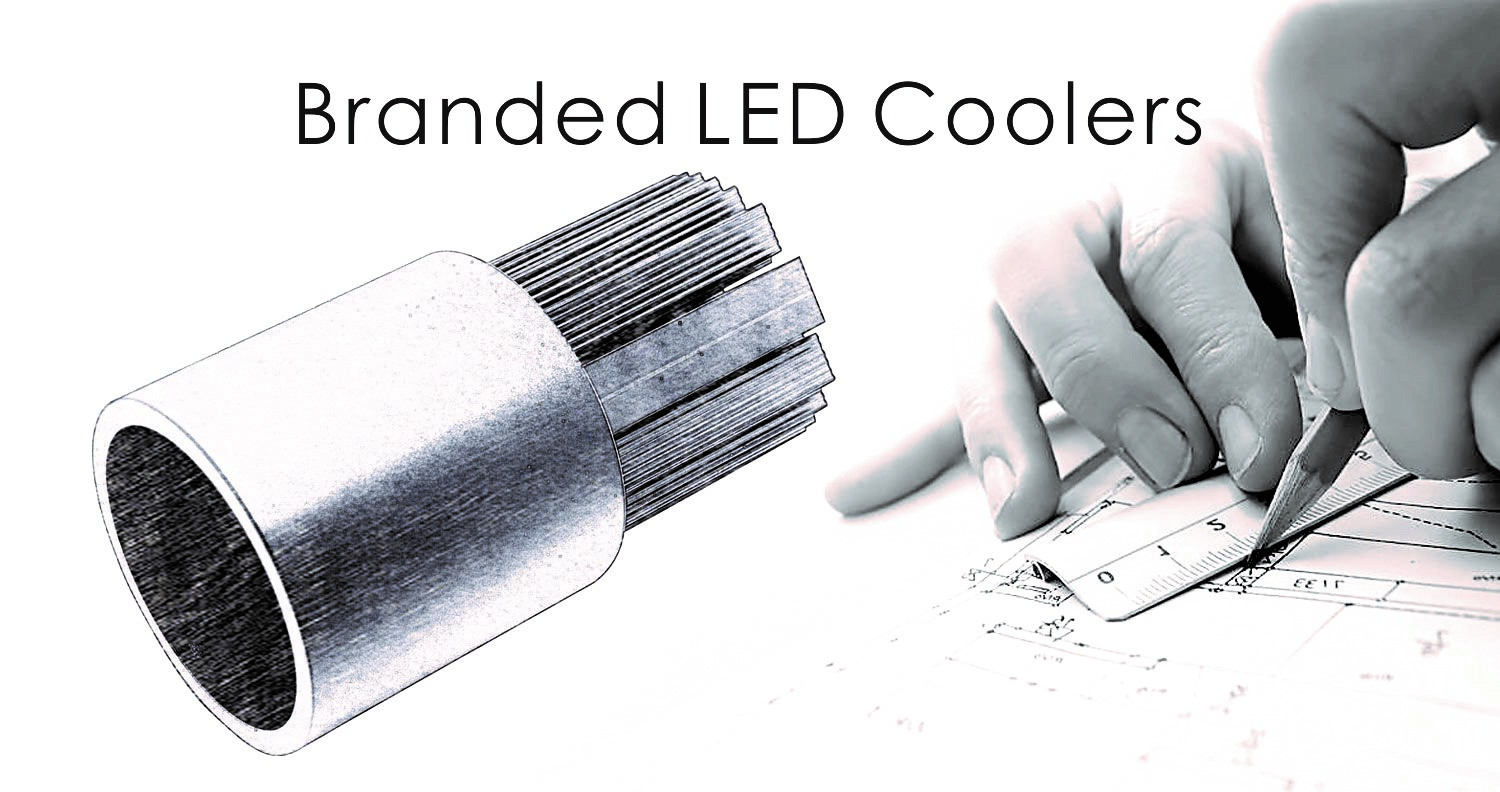 With the appearance of LED lighting technology, all this has changed. It’s now possiblely to adjust and optimize the light spectrum to meet specific characteristics. So LED technology makes it possible to create completely new lighting effects, the designed way that optimizes the balance between the application needs and energy efficiency.

Besides a good heat sink is very important to the light source with good performance, which is also important to lighting designer.

One of our company’s coolers, the BuLED series of heat sinks are assembled from an LED cooler and an LED housing that designed for spotlights and downlights can achieve 500 to 1800 lumens. Mingfa recommends the use of high thermal interface LED module and LED coolers. BuLED LED light accessory to replace MR16 fittings and have better beam-focusing, more beautiful appearance, it’s used for branded LED COB modules in the range of 5W-15W. We cooperated with nearly 20 light source brands like Xicato, Lumileds, Philips, Osram, etc.

Light source brand combined with our coolers can make a light with suitable temperature and efficient thermal management, It’s a better choice for you. Don’t hesitate to get more information and contact us : http://www.heatsinkled.com
Email : sales@mingfatech.com
For you reference: http://philips.to/2iZIDid 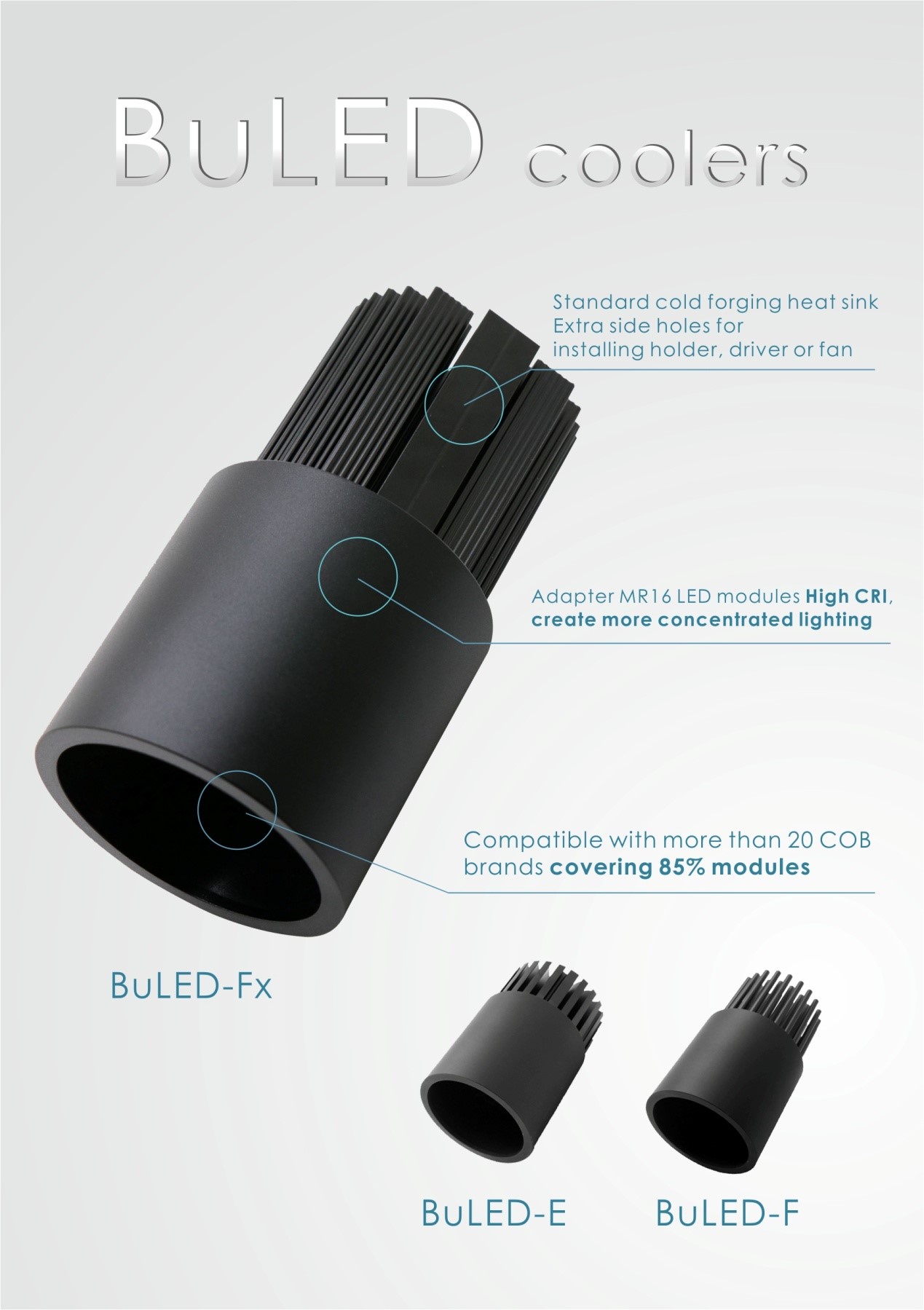